You are here: Home / All posts / 8 things to consider when adopting a minimalist approach with kids 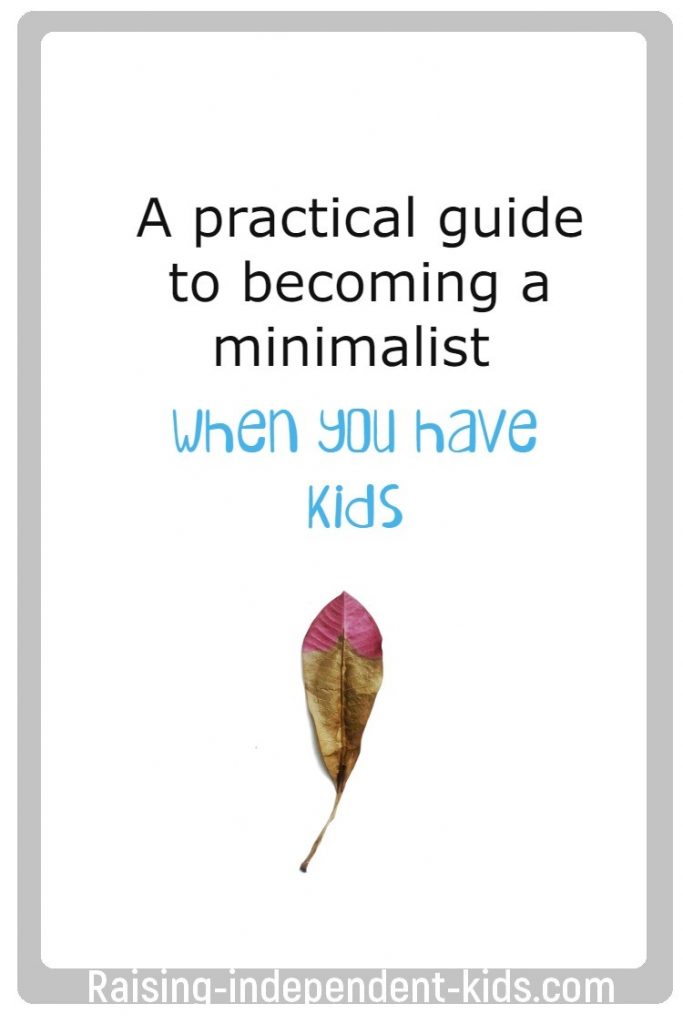 The path to obtaining a tenure track position in France is no different from that in other parts of the world. It is a path strewn with career uncertainty and so many obstacles that the granting of tenure is now commonly referred to as the Holy Grail.

One year into my Ph.D., I began to wonder if I had bitten off more than I could chew. Don’t get me wrong – I loved research, I still do; but I became aware of the invisible wheels behind academia.

Those familiar with academia know that the dominant culture is driven by cut-throat competition:

– Working “almost for free” is not a rare occurrence.
– You publish or perish (though you can publish and perish).
– You work, until you drop, or go crazy, or both.

I could have walked this path were it not for the uncertainty. I would have been willing to go crazy if I knew that something was to be had at the end of it all. I could have gone to the ends of the world because, in academia, you follow the positions wherever they might lead.

Now at 25, it’s pretty cool to discover new places and live for your work, and it’s not too bad to eat noodles everyday. Problem is, I was closer to 35 when I defended my thesis and had kids so things were a bit more complicated. My partner was also unsatisfied with his job and with never getting to see our son. We both wanted to decide where we’d live and the environment in which we’d raise our kids. We wanted to have more control of how we spent our time. We wanted more flexible schedules. As Henry James put it, it was “time to start living the life we’d imagined”.

On one fine sunny day, we took the plunge and left it all behind. We became entrepreneurs. We probably should have been scared to death but never had we felt so liberated. As it so often happens when you make “crazy decisions”, family and friends’ reactions ranged from confusion to concern. “However would we make it?” But we did. And we owe it all to minimalist living.

Discovering minimalist living was one of our greatest life lessons: What began as an attempt to face an uncertain financial future soon turned into a habit. Half of what we owned we didn’t need. Half of what we craved we could do without. That was a great starting point. Minimalist living gave us more financial freedom and more time. It made us more creative. It spurred our imagination. Exploring minimalism with our kids seemed the only natural thing to do.

There’s a common misconception that you can’t be a minimalist if you have kids. You can. There are a multitude of benefits to experimenting with minimalism with kids. And there is plenty of research to back this up. Researchers from the Johns Hopkins Carey Business School and the University of Illinois have proven that scarcity, rather than abundance, spurs creativity. A previous study came to the same conclusions: too many toys stifle children’s creativity.

Minimalism is not synonymous with frugality.

So what have we learnt over the years?

1. Minimalism is not fanaticism. Becoming an absolute minimalist with kids is not impossible but it’s difficult. If you’re in a rural zone like we are, it’s a little limiting (and that’s an understatement) not to have access to a car. Although we’re taken by minimalist living, we don’t believe that it’s necessary to take on a do or die approach. I still have trouble purging my bookshelves.

2. Start small. The fact that the more toys kids have the less they play with them and the more toys they want is a mind-boggling paradox. It can be difficult for them to give their toys away. My advice is to take it slow and let them participate in the purging. It may be helpful to begin with one thing at a time – toys, clothes, books… asking the kids to pick their favourites and donate the rest seems to work pretty well for us.

3. Be the change. Don’t preach water and drink wine. If you want to be an example to your kids, start with decluttering your own life. Give away stuff you don’t need. Buy less stuff. Let them learn about minimalism from your actions.

4. Explain. Minimalism is not just about doing more with less, it’s a way of life. Explain the benefits to your kids. Talk to them about where their stuff goes. Tell them why minimalism is important to you and help them see why it should matter to them too.

5. Prepare for setbacks. Adopting a minimalist approach is no guarantee that the rest of the family will too. While it’s great, it should be a personal choice. You can’t force your partner or your kids to go minimalist if they don’t want to, especially if your objective is to raise independent kids. Temptations abound. Setbacks can also come from other members of the family and especially grandparents. Give them non-toy gift ideas (gift cards to the zoo, expositions… tickets to the movies). Know when to be more assertive and when to let it go.

6. Find innovative ways to replace stuff. My son is a huge fan of LEGO and he’s made the most amazing things. He’s also a huge Harry Potter fan. Put the two together and you understand why he had his heart set on the Lego Hogwarts Castle. We were pleasantly surprised when he accepted our proposal to make a cardboard castle. No, it was nothing like the Hogwarts Castle, but we had a swell time making it. And he stopped asking for the Lego Castle.

7. Speak with your family and friends. It’s important to talk to your family members: you ways may not be their ways. We’ve been lucky as we’ve managed to convince some family members to pool resources and buy fewer but better birthday and Christmas gifts. Leaving some toys at the grandparents has also proved helpful.

8. It’ never really over. Be prepared.

Joshua Becker’s The More of Less: Finding the Life You Want Under Everything You Own

is a fantastic read if you’re looking for a fuller life and less stress. 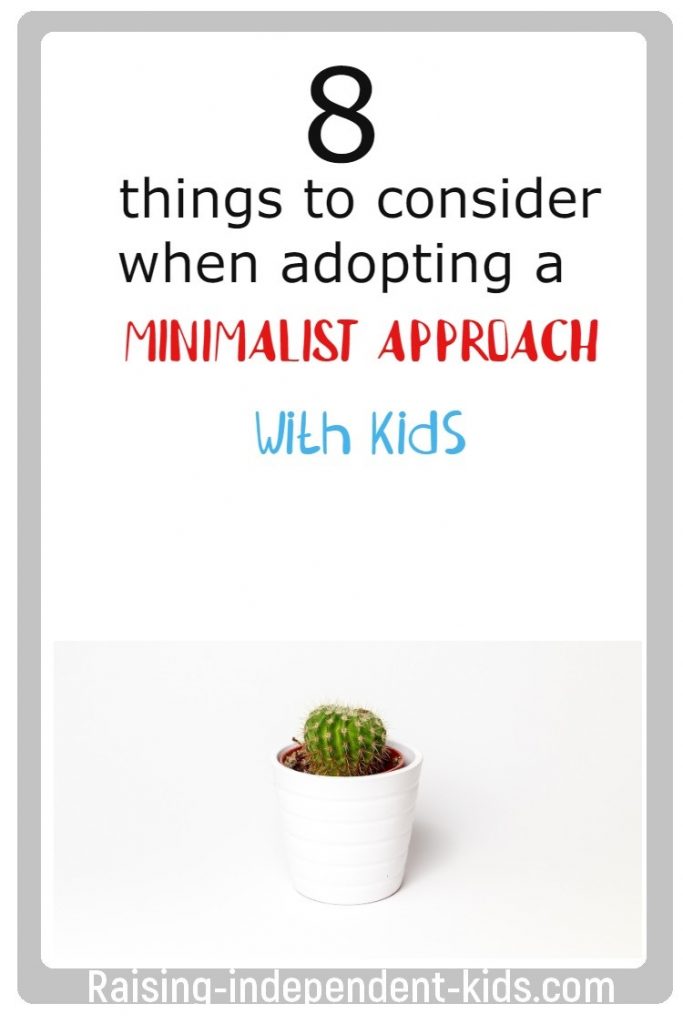 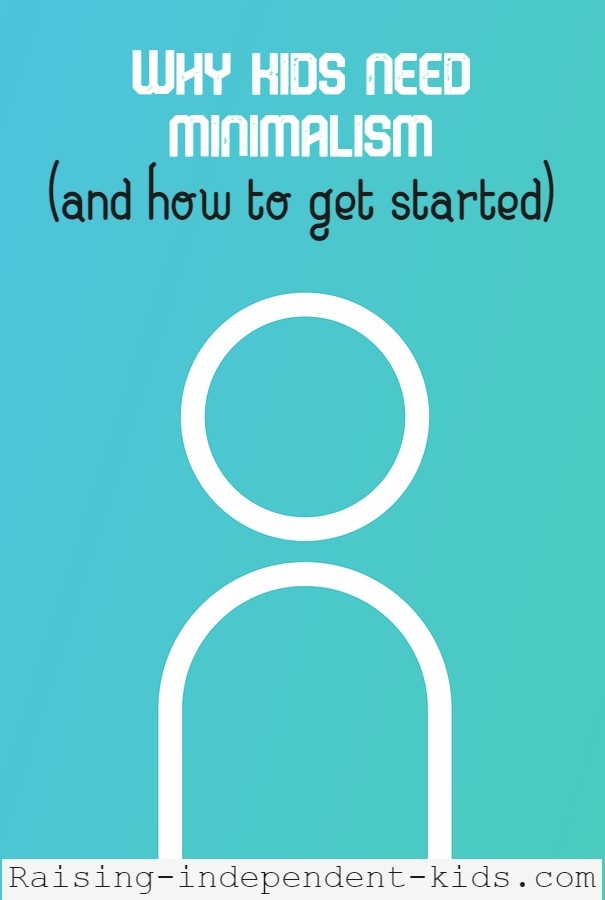