You are here: Home / All posts / How to Help Kids Forge Habits That Stick 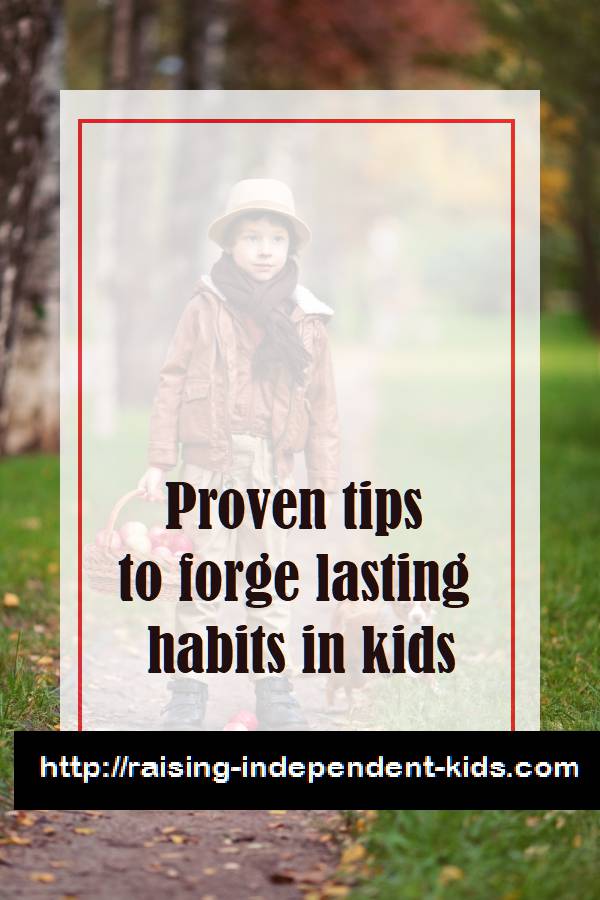 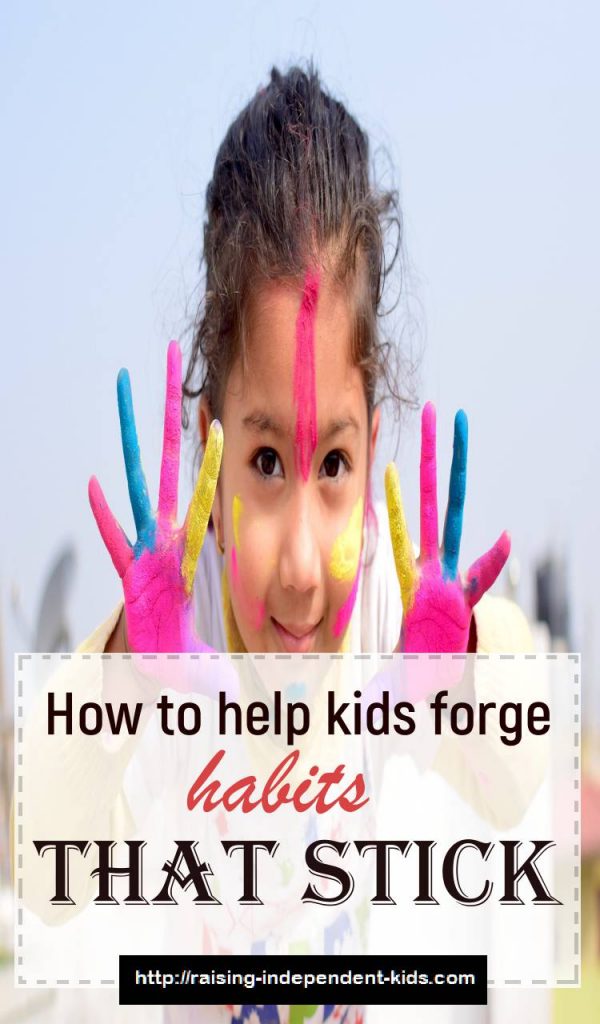 Habits dictate life. They dictate how we think about almost everything, how we react to situations and what we do or don’t do. Daily habits dictate our success or failure. As Aristotle said, “we are what we repeatedly do”.

Evidence suggests that many habits formed early in life tend to stick tenaciously in adulthood. According to a recent study, routines and habits are unlikely to vary after age nine. A different study suggests that by age seven, kids have already formed their money habits. Other recent studies have reached the conclusion that “fattening habits may be set in childhood”. In other words, most of the habits observed in adulthood are set during the childhood years.

The thing with habits is that once they’re set, they can become terribly difficult to undo. Reversing bad habits often requires a large dose of willpower and multiple attempts that frequently prove unfruitful.

Fortunately, there are ways to help kids break bad habits or form good ones.

Whether you want to make or break your kid’s habits, focusing on one habit at a time is likely to be more successful than attempting to deal with everything at once. For instance, you’re more likely to be successful if you focus on one or two inappropriate behaviors you would like to change rather than on “everything” that needs changing.

Once you’ve selected what needs changing, taking small regular actions keeps it more manageable and increases your chances of success. Think about it. If you want to write an article, your best bet is to break it down into manageable sections – introduction, main body, conclusion – then start by working on each section rather than on the article as a whole.

Similarly, you don’t lose weight by saying “I want to lose weight.” You lose weight by taking small simple steps each day: I’ll run for 20 minutes every Monday, Wednesday, and Friday. Or no more alcohol or cheese except during the weekend.

The same applies when it comes to helping kids make or break habits. Asking your kid to play a musical instrument or read a book for 10 minutes every day is likely to lead to better results than expecting too much too soon.

Say you want your kid to be “more creative”. Simply asking him to be more creative isn’t likely to get you very far. Get more specific. What does “more creative” mean and how can you help him develop creative habits?

For instance, some activities can help foster kids’ creativity so it’s important to schedule time for your kid to engage in those activities.

Moreover, encouraging creativity also means providing the right environment and the right resources for your kid.

Getting specific also means establishing firm rules. If you’d like your kid to tidy up his toys, set rules in line with your decision, then be as consistent as possible. For instance, telling your kid “you can play video games once you’ve tidied up” then letting him play although his toys are strewn all over the place is unlikely to help change his habits.

Remember to be specific about amounts and durations – “you can play video games for 30 minutes once you’ve tidied up” “you can have 2 cookies.”

Remember to be consistent, even when it’s a pain. 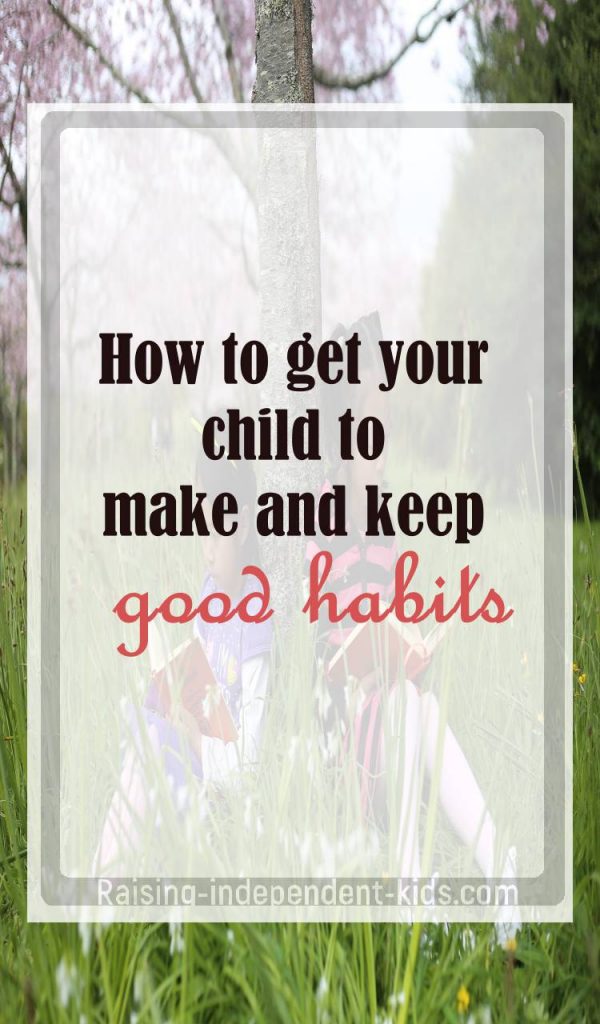 One of the reasons we’re often unable to change bad habits or form good ones is because of lack of consistency. We all know that it’s hard to be consistent every single time and that things don’t always go as planned. Giving up is the fastest way to failure.

When you’re tired and frustrated, reflect on what inspired you to try and change your kid’s habits. What helpful books and resources helped you decide to give change a try? Go back to them and re-read them. Think about how changing that habit – or forming a new one – will be beneficial. Reflecting on what got you started can get you back on track. 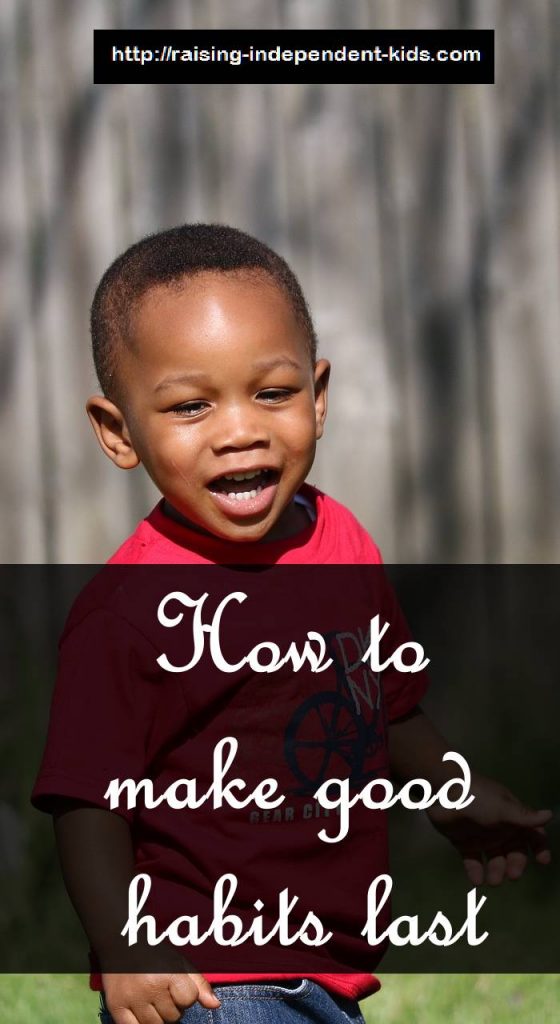 Positive reinforcement works, but only if it’s carried out appropriately. Remember to celebrate even the smallest victories because it is these victories that will help motivate your kid.

Using “tricks” such as incentive charts to reinforce good behavior has also been found to be highly effective especially with young kids. Incentive charts are also great tools because they encourage kids to be active participants (for instance your kid can be responsible for sticking a sticker every time he’s awarded a point) and can make reaching the target behavior more fun.

The thing with habits is that they’re tenacious things. Don’t expect too much too soon. Rarely do people succeed in changing bad habits or developing good ones overnight. Cut your kid some slack and be prepared for this uphill task. More importantly, be prepared to help her dust herself off and try again.

Which of your kid’s habits would you like to make or break? Clearly identify the habit and break it down into manageable phases. What does he need to do every day to get him closer to or away from that habit?

If you’ve enjoyed this post, you’ll love my Workbook “This is what it takes to raise happy and confident kids“. This workbook draws on ideas and resources from research and the world’s greatest philosophers to bring you strategies you can start using immediately. Check it out here.