You are here: Home / All posts / How to Stop Parenting in the Heat of the Moment and Start Parenting Intentionally 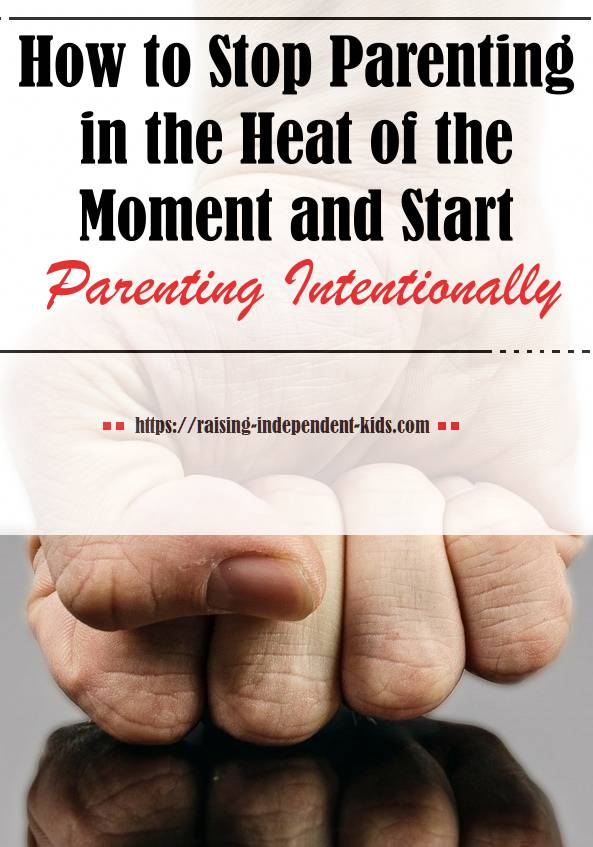 Parenting in the heat of the moment. We all do it: You’re running late, your son is still in his pajamas, you panic and dress him even though he’s five and perfectly capable of dressing himself; You keep asking your kid to do something over and over again. She doesn’t budge. You start yelling then blame her for your reaction. Your two-year-old doesn’t want to share his toys with his friends. You force him to.

Parenting in the heat of the moment may get you instant results, but not necessarily the results you want.
Roosevelt once said; “We may not be able to prepare the future for our children, but we can at least prepare our children for the future”. What he meant is that parenting is more complex than just being attentive to the child you’re raising. It is also about being clear about the adult you want to raise and parenting in a way that reflects your values and expectations. Parenting for the long run means keeping an eye on the big picture. It means parenting with intentionality. 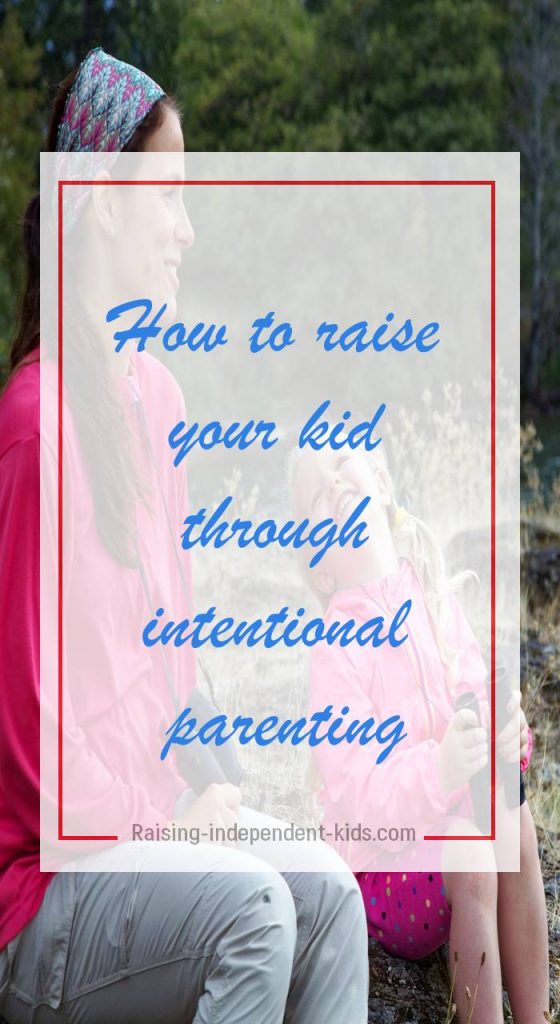 How to parent with intentionality

Remember that there are always many ways to deal with the same problem. Let your child play beside other kids (rather than share his toys), don’t force him to “be nice” but let him know he’s expected to say hello in whichever way he prefers (blow a kiss, wave, shake hands).

Don’t let embarrassment dictate the lesson you teach. Your child doesn’t have to like or be liked by everyone.

Kids are supposed to be kids, that’s just the way it is. Don’t turn molehills into mountains. Be flexible. Remember that family negotiation can drastically reduce the power struggles in your home. Remember that you too were once a child.

3 | Be conscious of your triggers

What is guaranteed to set you off? The feeling that no one is listening? Disrespect from your kid? Long and hard day at work? Identifying your triggers is the first step toward becoming a “zen parent”.

An intentional parent knows what he or she expects from her kids and is consistently ensures that those expectations are met. “You can watch TV once you finish your homework.” No homework, no TV. Period.

By now you know that idle threats don’t work. They just don’t. If you tell your child you’re counting until three and then…be sure you know (and they know) what happens once you get to three. If you tell your daughter she can watch TV only after her homework is done, be consistent. 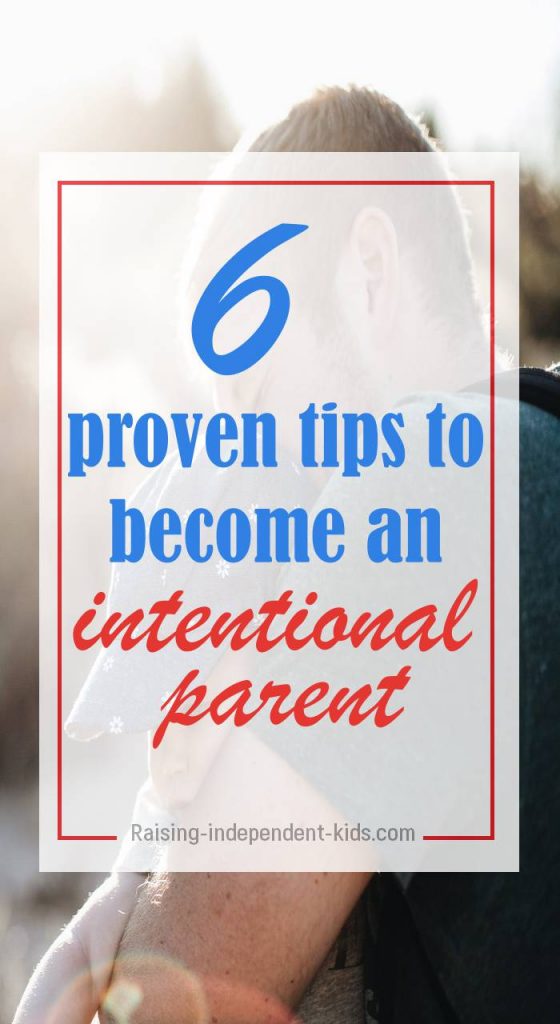 You may not know it but your kids watch and learn from you more than you think they do. For instance, how you react to your emotions teaches them what is considered appropriate behavior.
As Jane Clayson Johnson says, “If you can control your behavior when everything around you is out of control, you can model for your children a valuable lesson in patience and understanding…and snatch an opportunity to shape character.”

How do you deal with anxiety? Anger? Frustration? Stress? Fear? How you react to these big emotions teaches your kid how to react to her emotions. Own your reactions. By all means, let your child see your anger, but let her also see how you respond to that anger in appropriate ways.

You’re mad as hell. You’re seething. You’re just about to yell. Don’t. Walk away. Take a deep breath. Don’t respond from an angry place. Or try this: Just before you yell, say to yourself, “I will not yell.” Works like magic. Seriously. Try it out next time and let me know if it worked in the comments below.

If you’ve enjoyed this post, you’ll love my Workbook “This is what it takes to raise happy and confident kids. This workbook draws on ideas and resources from research and the world’s greatest philosophers to bring you strategies you can start using immediately. Check it out here.