You are here: Home / All posts / How to tell when your kid’s normal emotions are no longer normal

As every parent knows, every kid will throw several tantrums. That’s just the way it is. Tantrums are your child’s way of expressing difficult emotions. We now know that emotions are terribly overwhelming for kids and that when they are faced with big emotions they have trouble processing, this inability is frequently manifested in behavior such as tantrums, aggressivity, extreme shyness, meltdowns and acting out.

The truth, and there is evidence to support these views, is that emotions drive behavior. In other words, your child’s misbehavior is not so much a discipline issue but rather an issue with emotional intelligence. Teaching your child to identify and express his or her emotions in a socially appropriate manner is an important step in dealing with inappropriate behavior. Tantrums and meltdowns often mean that your child is yet to learn to deal with strong emotions such as anger and anxiety.

Emotional intelligence is thus about providing your child with a safe environment in which she can experience difficult emotions and find ways to deal with those emotions in a socially acceptable manner. Fostering emotional intelligence is about teaching him that everyone, even you, experiences big emotions, and that these emotions are normal and can be dealt with. It is about coming up with an effective strategy that helps your kid identify and deal with those emotions by himself.

There are occasions, however, when your child’s tantrums and meltdowns can also point to more serious issues. In one study, researchers analyzed 279 three-to six-year olds to determine whether or not there were specific patterns associated with mood disorders. They found that different “tantrum patterns” emerged depending on whether the kids observed were healthy or depressed/disruptive.

This study highlighted the red flags every parent should be concerned about:

Although tantrums are normal in childhood, the researchers found that children with depressed/disruptive dispositions had more persistent tantrums. According to them, more than five tantrums a day is a sign of a mood disorder. Persistent tantrums is also one of the criteria therapists use to determine behavioral disorders such as Attention Deficit Hyperactivity Disorder or Disruptive Mood Dysregulation Disorder.

The researchers spoke of excessive tantrums to refer to disproportionate reactions to a given situation. Among the signs of disproportionate tantrums are aggressiveness (toward siblings, parents, classmates, friends, other caregivers) and destructive behavior. The study found that there was need for concern if children displayed violent behavior 90% of the time (while in the midst of a tantrum).

Children suffering from a mood disorder are more likely to harm themselves when they have tantrums. Harmful behavior may include biting, hitting self, head banging, and holding breath.

Children’s tantrums vary in duration. Your child’s tantrum may last 10 minutes one day, and 2 minutes the next. While it is true that there is no standard “tantrum duration”, tantrums that last longer than 25 minutes may be a sign of a more serious problem.

5. Inability to calm himself

An inability to calm oneself may also be a sign of an underlying issue. You should be concerned if you consistently must help your child calm down.

If your child is unable to calm himself after a tantrum and consistently requires assistance to calm down, this may signal an underlying issue.

There’s no need to panic if you’ve noticed some of the red-flags concerning your child’s behavior in the categories mentioned above. Remember that the first important phase is to help your child learn to identify and manage his emotions by himself and I give you multiple simple and age-appropriate tools to do just that in the Emotions Kit which you can download here.

If this post reinforces your doubts about your child’s behavior, getting in touch with a specialist for further evaluation is always a good idea. 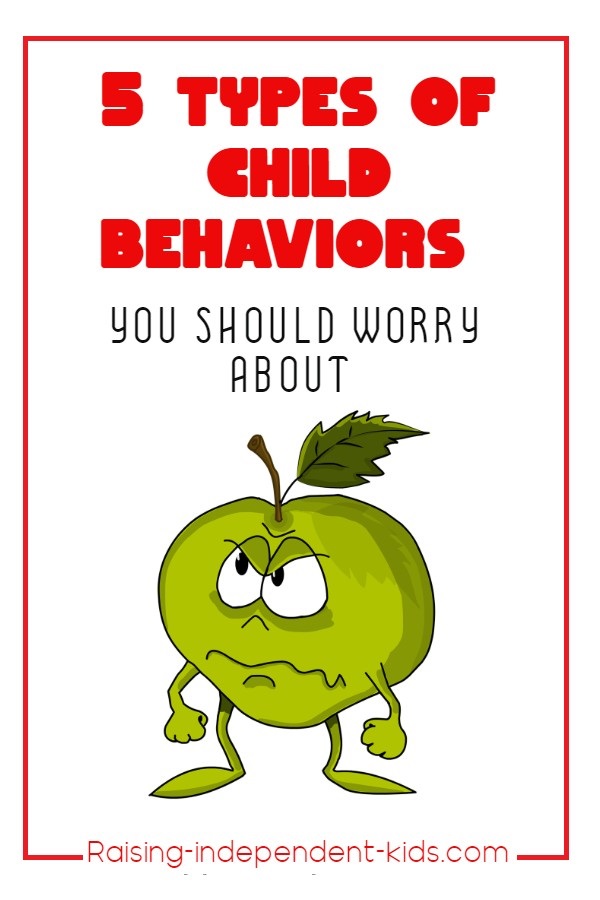 An earlier version of this post was published on psycentral