You are here: Home / All posts / Parenting the Shy Child: 5 Things to Keep in Mind 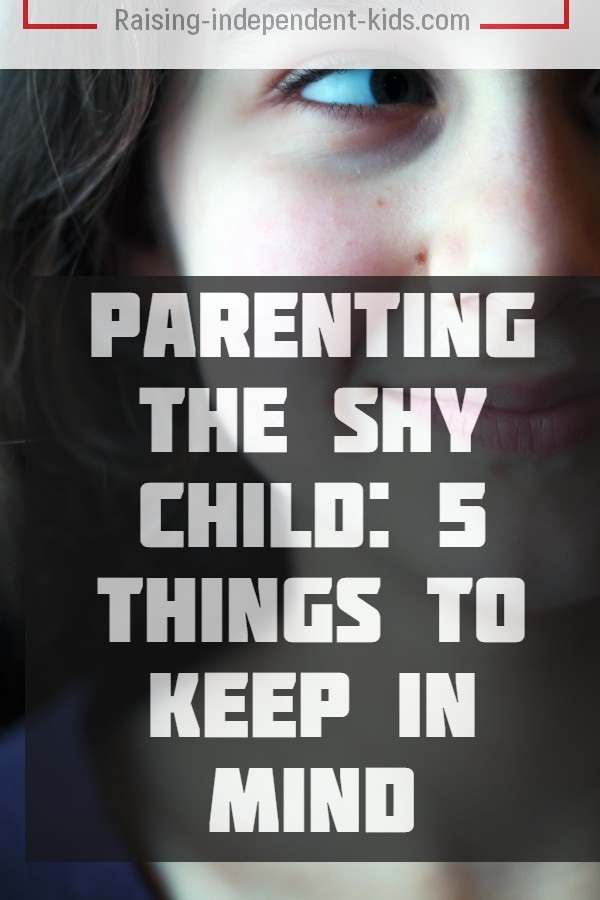 Our daughter spent 18 months in day care. Not once did she speak during the entire period she was there. J, you see, is a shy child – a “slow to warm up” child.

This was not our first experience of raising a shy child – our firstborn son had been a shy child too. Raising the first child is often tricky because you never know whether you should be pushing more or less. We had often been embarrassed when he refused to say hi, or sad when we found him, for the umpteenth time, playing alone in a corner.

When he hid behind us when he saw people he knew, we wondered whether it was shyness or clinginess. Did the difference matter? Back then, we made more mountains out of molehills. We had been much more worried and frustrated than with J: Was it something in the way we were parenting? How were we to react? Was it a passing phase?

We worried that he would slip between the cracks in school and that his shyness would be a handicap for life. We were at our wits end before we discovered the research literature about shyness and the book Quiet: The Power of Introverts in a World That Can’t Stop Talking

As it turned out, we should have worried less; by the time he turned six, our son was nothing of his former self. So vocal had he become that the days of worry were soon replaced with moments of embarrassment. He has retained some of his former shyness but we now know shyness can be strength and not necessarily weakness. 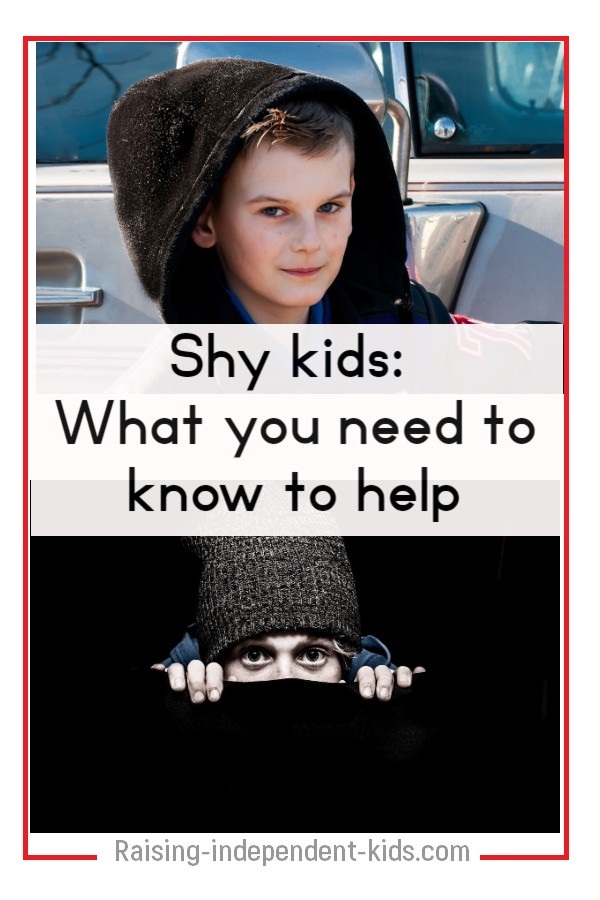 Having lived through the experience of raising a “slow to warm up” firstborn, we were much more relaxed with our daughter. We had long stopped feeling the need to justify or explain her behaviour. When her kindergarten teacher asked whether she could speak, we confidently said she could, but that she would only speak in school when she was ready.

Although the literature about dealing with shy children abounds, it can be somewhat alarming. One study found that being a highly sensitive child may increase one’s chances of developing anxiety disorder later on in life. And researchers have found that shyness is part of a child’s temperament and can be quite persistent. But there is hope – shyness is not necessarily a handicap and shy children can learn to be more confident during social encounters. Below are some of the things we’ve learnt with time.

How do you support your shy child?

1. Be warm and responsive

A recent study found that parenting played an important role in helping shy children deal with their shyness. The researchers from the University of Maryland found that having a secure attachment lowered the risk of developing anxiety disorder later on in life. They urge parents to be nurturing and responsive to children’s distress.

Parents should also know that their kids watch and model their behaviour.

In a society that values verbal expression, being a shy child can be difficult for both children and their parents.

So What Can You Do?

Being shy is not synonymous with having a problem. When your child is quiet but nice to be around and happy, there is no need to be apologetic for her shyness.

When you repeatedly explain to people that he’s “a shy child”, your child may begin to think of his  shyness as a negative and permanent condition and is bound to feel even shyer.

Being slow to warm up to strangers and suffering from chronic shyness are different things. Focusing on positive traits also determines how others see your child. Instead of seeing your child as “really shy”, see him or her as attentive, private-focused, reserved and peaceful. 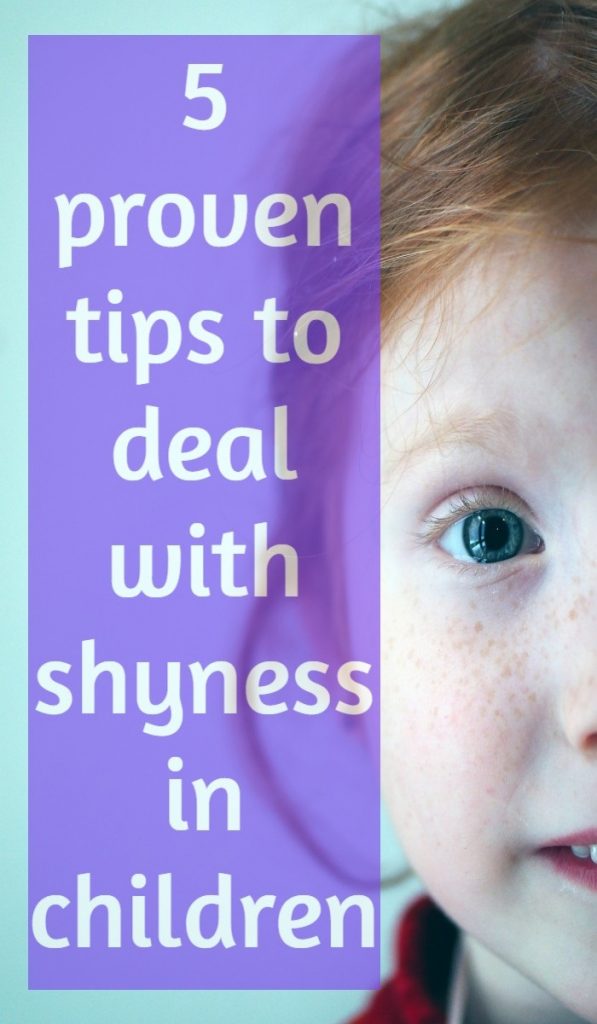 4. Nudge them out of their comfort zone
Some researchers suggest that overprotecting a cautious kid may make matters worse. But making a shy child come out of his/her shell requires a lot of patience and is a rather delicate issue: the harder you push, the more your child is likely to resist.

A few things should be kept in mind:

Despite everything we’ve learnt about dealing with shy children, we have caught ourselves now and again prompting our daughter to speak up, to “react as she should” even though we know that drawing attention to her shyness will only aggravate it. We sometimes worry but we know that, with the support we give her, she’ll turn out just fine.

is a great read.

Have you had any experiences of raising a shy child? I’d love to hear about them and about how you helped your child find his/her place.

If you’ve enjoyed reading this, subscribe and get updates sent directly to your inbox!