You are here: Home / All posts / Powerful reasons to stop yelling and 5 strategies to try instead 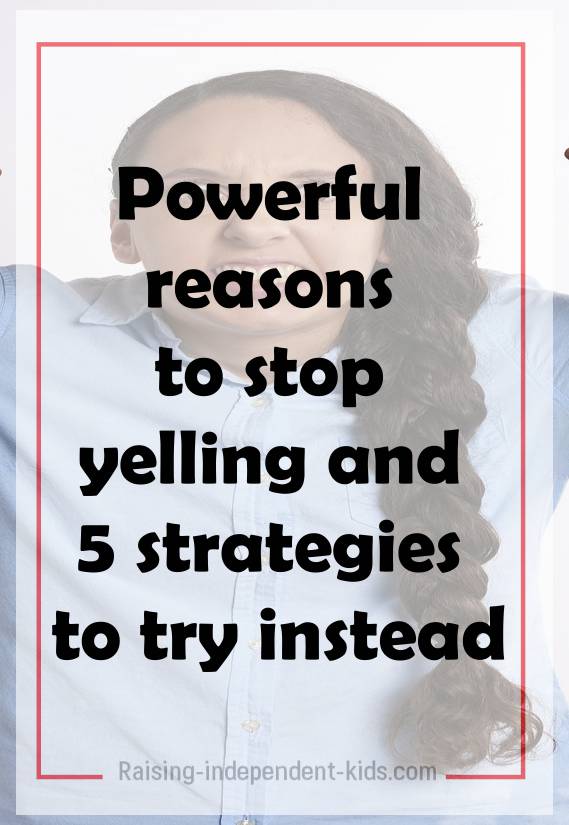 Couples rarely raise their children using the same parenting styles. There’s always one who’s strict (or more strict), and there’s the other who’s a bit more lenient (or even much more lenient).

There’s always the one who enforces limits, and the one who lets things slide. Kids always know to whom they should go for a second opinion; when one parent says “you can’t have more sweets” they know that the more lenient partner will sometimes reply “Ok, but you can have just one”.

I’ve always been the strict parent. The kids will often go see their father when they’re looking for favours they know they’re not entitled too. When I say “no”, they know they might get a “yes” or a “maybe” from him. When they want to stay up late, it’s him they ask.

I’d pretty much embraced my “strict parent” role so you can imagine my surprise when the kids said they were scared of their dad and thought me “soft and gentle”. You see, although my partner is the more lenient parent, he is also the parent who yells (truth be told, I have a terribly low voice so even when I think I’m yelling, my kids think I’m just speaking a little louder!).

For a pretty long time, my partner hid behind his Italian nature and said that he couldn’t help himself (hey, I’m Italian, I’m supposed to YELL!!). He said that it was OK for parents to yell when their patience wore thin. He said his dad really got his attention by yelling when he was little, and that sometimes yelling was the only thing that got the kids’ attention.

Well, he did get their attention, but not in the way he thought he would. When he yelled, the kids shut down. He started yelling less when our son imitated him by making a terrible face and screaming, and the final straw was when our daughter who’s 3 said “dad you scare me when you talk like a lion”.

There is a raging debate on whether it’s possible to raise kids without yelling. Like my partner, many parents “just can’t help themselves” and other parents feel like “it’s the only option that seems to work.”

I don’t know whether it’s possible to raise kids without yelling. What I know is that yelling scares kids. And I know from experience that when you yell at kids, the lesson gets lost in the yelling and your kids remember the yelling more than the lesson they’re supposed to be learning from the yelling.

Much of the available evidence supports these views. A recent study conducted by the London School of Economics came to an interesting conclusion: yelling and strict punishments increase rather than decrease bad behaviour.

Other studies have come to similar conclusions, i.e., yelling may be detrimental:

– One study found that harsh and inconsistent discipline led to antisocial behaviour.

– Yelling, screaming and shouting incidents have also been associated with lower self-esteem and higher aggressiveness and depression rates (You can read about the study here).

Parenting without yelling is difficult because it often requires parents to work on themselves. It’s not easy but it’s possible to yell less. Learning to yell less requires much patience and perseverance.

What you can do

Observing when you’re most likely to yell will undoubtedly reveal what triggers your yelling. Are you more likely to yell when you have to repeat the same instructions over and over? Do you yell more when your kids begin to nag or whine?

Identifying what triggers your yelling is an important step because it enables you to spot the behaviour when it begins and handle it before it gets out of hand. Understanding the trigger can prevent you from a reactionary response and help you understand the real reason behind specific behaviour.

When my partner became more aware of the harm yelling can do, he began to consciously explore the reactions that pushed his buttons. He found that what really got him upset was when he had to repeat the same thing over and over again. So he changed strategies.

As soon as he found himself repeating something twice, he’d go over to the kid in question, get to their eye level and only when he had their COMPLETE ATTENTION would he tell them what he wanted them to do. This strategy has continued to work like magic.

There is evidence that reasoning is likely to have a positive impact on your child’s behaviour. Identifying triggers is powerful because it enables you to reason with your child. For example, if your child’s whining is an expression of his/her need for attention, taking 10 minutes off your schedule to do something with him/her can be beneficial to you both.

Yelling is often a manifestation of anger and frustration. Speaking in anger might get immediate action but it is a reactionary response that does little in providing long term solutions and teaching children about appropriate behaviour.

To avoid yelling, it is important to manage your emotions and avoid speaking from an angry place. Simple strategies such as deep breathing exercises or leaving the room for a few minutes can do wonders for your anger.

When you’re particularly angry with yours kids, turning away, literally or figuratively (by thinking of something else), can help you gain control of your emotions.

Yelling, however, can also be a manifestation of a deep-seated problem and might point to your inability to manage your anger. Yelling way too much and far too often may signal a need for professional help.

One of the reasons I try not to yell at my kids is because I’d hate to be yelled at. If someone yelled at me, I’d be resentful, angry and would think of ways to get them back! A second reason I don’t yell is because children learn by example. Children who are constantly yelled at begin to believe that yelling is a normal mode of expression and are bound to yell at others (friends, siblings, parents…).

4) Anger can be an occasion to teach self-regulation

Parenting styles where parents set clear boundaries and enforce them, but give their children a voice to express themselves have been shown to be highly effective. In these families, there is open dialogue and both parents and children acknowledge each other’s feelings (you can read about some of the research evidence here).

Yelling is a common response when you feel like your kids are pushing you up against the wall. Although it doesn’t make you a bad parent, it can be detrimental to both you and your child and can have long-lasting implications.

What’s more, yelling can teach your child that raising one’s voice to others is an acceptable way to communicate. It won’t be easy to stop but it’s worth a try. And it does get easier with practice.

So where do you go from here?

The spoken word is extremely powerful. How you transmit messages can have a greater impact than what you actually say.

Next time you’re angry with your child and think of yelling, try the following instead:

2. Walk away. Walking away will help you calm down and deal more appropriately with the situation.

3. Think about how you’d feel is someone yelled at you. That should do it! 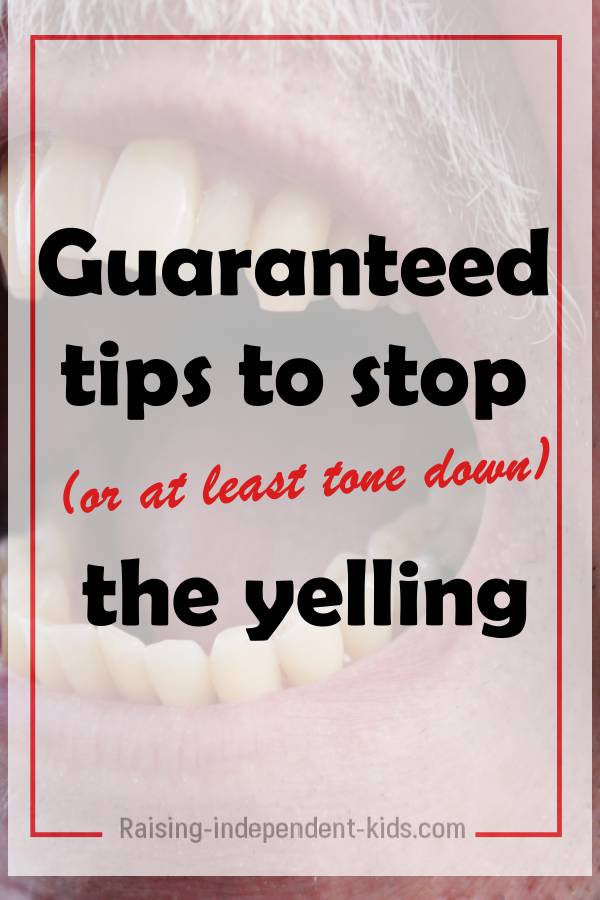 Changing your family communication pattern is the first step towards putting a stop to (or at least reducing) yelling.

Fostering great communication involves teaching your children that anger can be expressed in positive ways.
Here are a few tips you can use to develop better communication styles: