You are here: Home / All posts / Proven Tips to Dial Down the Yelling in Your Household 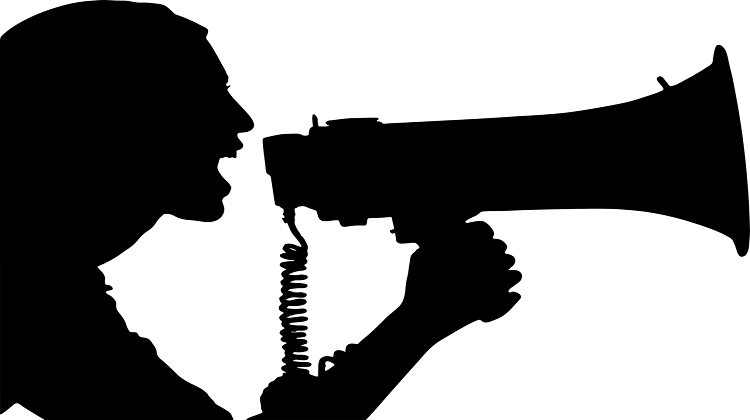 Kids, it seems, have mastered the art of driving us crazy. They’ll push every button to see how far they can go, challenge every decision we make, and basically make it feel impossible to parent without yelling. Unfortunately, there is sufficient proof that yelling harms your child and it harms you too.

Yelling makes us feel like terrible parents. It can also drive kids away, and it’s no secret that relationships broken in childhood are quite difficult to mend in adulthood.

Parenting without yelling can feel like a challenging task, especially when yelling seems to be the only foolproof way to get your kids’ attention. The good news is that a few tactics have been proven to help get kids to listen without yelling. 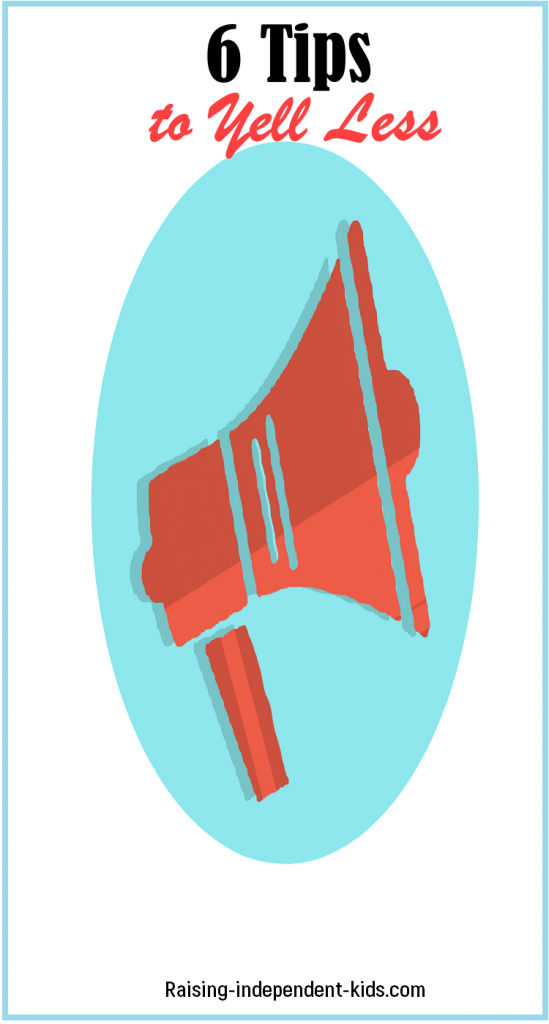 Even younger kids benefit when they are allowed to make decisions within structured decision-making frameworks. When you involve your kid in decision-making – “Would you like to shower now or in five minutes?” – you are more likely to get the results you seek without having to yell.

Have you noticed that when you yell you’re often at a distance from your kids? You’re getting lunch ready and notice that there are still toys lying everywhere although you’ve been asking them to tidy up for the last ten minutes.
Moving closer will get you results almost every time. That’s a trick any teacher will tell you works with even the rowdiest kid in the class.

Moving closer works because it enables you to make a connection with your kid. It has a different impact on kids than just yelling instructions from the next room. The closer you are, the harder it is to yell. Next time you want to yell, try it out and see how it works, you’ll thank me later! 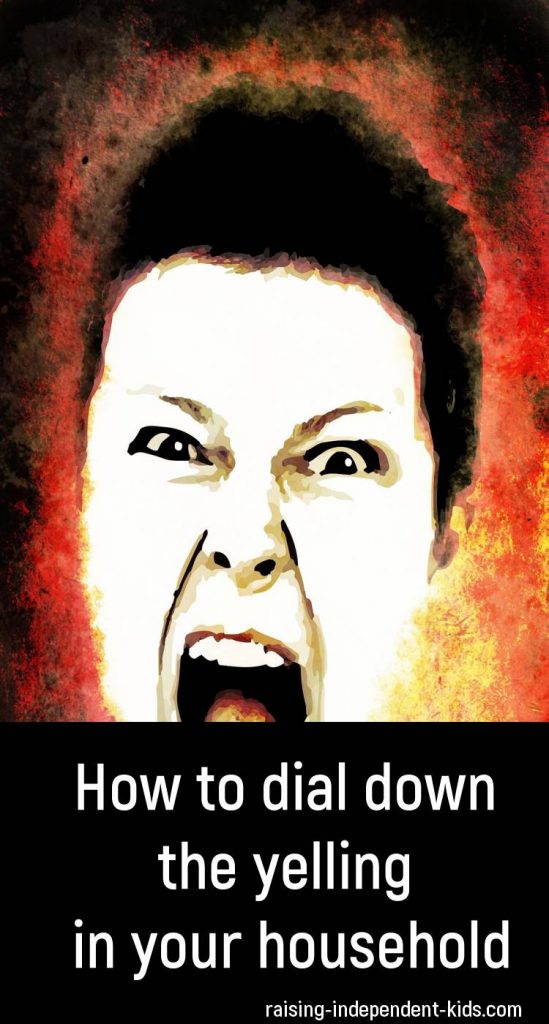 3 | Don’t talk at your kid, connect and talk with her

You know the saying “it’s easier to catch flies with honey than vinegar?” It works the exact same way with kids. When you connect with your kid, you’re more likely to get what you want.
Next time you feel you’re close to yelling, get to your kids’ level and look her in the eye when you’re talking to her. Touch her when you talk. Ask for what you want in a calm and firm voice. Tell her you are not going to yell but you want her to listen to you. 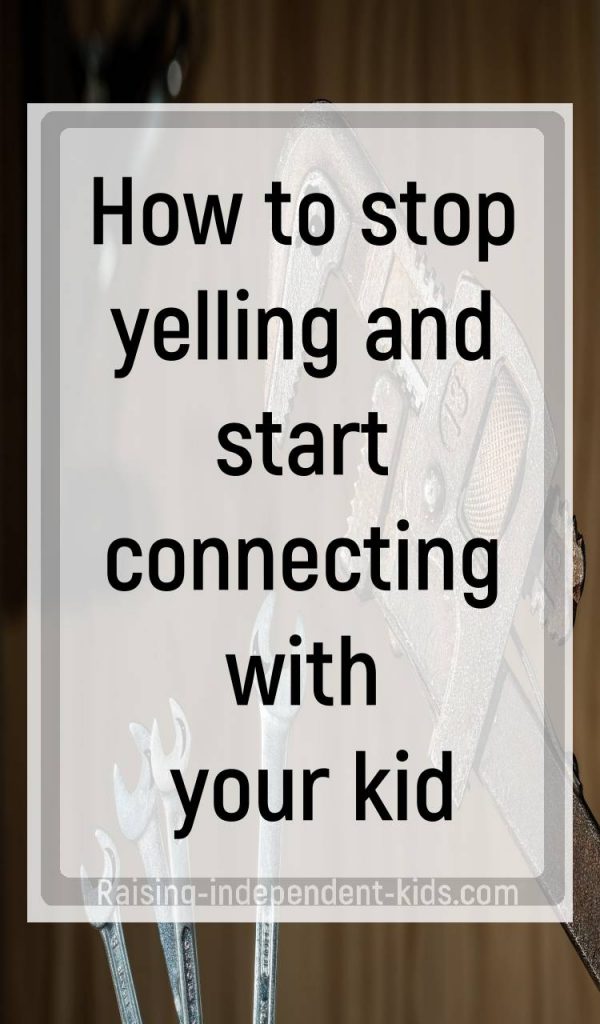 Being a kid is tough. Kids always feel that their voices aren’t heard enough. It’s hard to see things from other people’s perspectives, especially when we’re stressed, tired, or running against time. However, trying to see things from your kid’s perspective can make you yell less. It can help you understand that asking him to do something when he’s tired, stressed, or in the middle of his favorite game will not get you the results you want.

5 | Say what you mean and mean what you say

Yelling is often the final recourse. You yell because you’ve been repeating the same thing, over and over, and your kid just doesn’t seem to care. When you teach your kid about consequences and accountability, you teach him that he is responsible for his choices, and that those choices have consequences. Like many other parenting-related issues, this can only work if you consistently follow through.

6 | Get serious about yelling less

The thing with yelling is that it can quickly become a habit and, like all habits, putting a stop to it requires much effort. Don’t just say you should yell less, make a conscious effort to stop yelling. Stick a “No yelling!” sticker on your fridge. Practice a script such as “I will not yell today.” Give yourself a star for each day you don’t yell. Arm yourself with a “yelling emergency kit” when the urge to yell grabs you.

Yelling is often linked to difficulties managing your child’s behavior. If you need help identifying and adopting an appropriate discipline strategy, the Mindful Discipline Email Course will walk you through the process.

The thing to remember about yelling is that it will get you results, but not necessarily the ones you want. 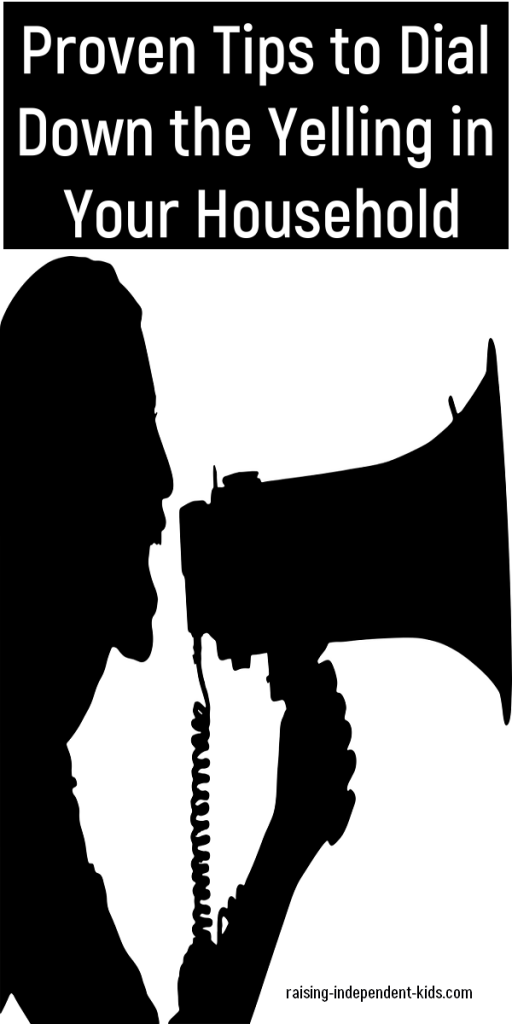