You are here: Home / Emotional intelligence / Talking to Kids About Emotions: The Earlier You Start the Better 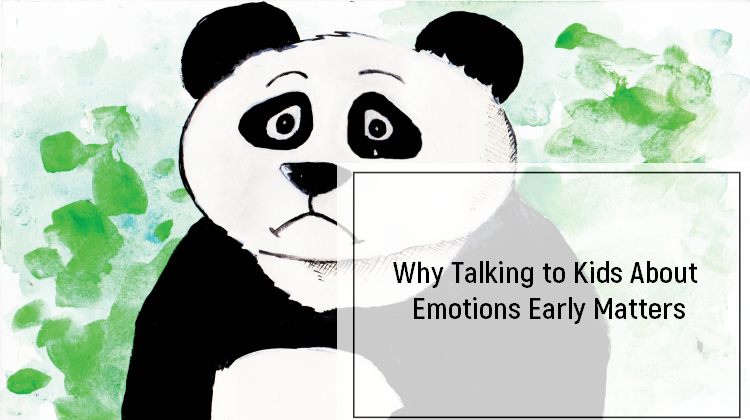 We can no longer ignore the positive impact of teaching kids to identify and manage emotions. Being aware of your kid’s emotions means assuming that much of his behavior is driven by emotions. Tantrums, aggressive behavior, and violence in young kids are often – but not always – a signal of their inability to work out their emotions.

Emotional intelligence means paying attention to our kids’ emotions and assuming that they understand and benefit when we talk to them about feelings and emotions. It is not simply a matter of helping your kid identify different emotions. It is also about helping him understand that sometimes he has to deal with underlying issues, and other times he must walk away.

Why does emotional intelligence matter?

Much research has been carried out on emotional intelligence. Researchers have found that when we view our kids’ emotions as important learning opportunities, we help them develop emotional regulation. In this regard, Gottman’s studies have shown that when we validate our kids’ emotions, they are more likely to have better social, academic, and psychological outcomes in the childhood years and beyond.

Several studies have found that the earlier kids are spoken to about emotions (age three), the better they understand and deal with their own emotions and those of others. Other studies have found that even at the end of their second year, kids are able to use emotion-descriptive terms. Indeed, verbally explaining the causes and consequences of emotions has an impact on kids’ behavior. Moreover, when we are more empathic, kids are also likely to repair the distress they cause to others and display more altruistic behavior.

In one study, 41 sibling pairs and their mothers were observed when the second child was three years old. They were then observed again when the second child was six-and-a-half years old. One of the study’s goals was to determine whether talking to kids about feelings and emotions had an impact on their ability to identify the feelings and emotions of others in later years.

Although the study does not make it possible to conclude that early family discourse alone causes kids to be more emotionally intelligent, it highlighted interesting results:

Much of the available research on emotional intelligence suggests that kids are more likely to understand different emotions when they are provided early opportunities to reflect upon them.

There are, however, three important phases to keep in mind when teaching kids about emotions:

Helping kids identify different emotions is the first step in helping them develop emotional intelligence. There are multiple ways to teach kids about emotions in fun ways.

When we verbalize different emotions, we help our kids learn to identify them. Being aware of kids’ emotions and labeling them (e.g.“You look sad”) can also help. Characters in books or even pictures can provide an opportunity to talk about emotions (e.g. “He sure looks happy”). Books such as Glad Monster Sad Monster: A Book About Feelings

and The Way I Feel

may also make it easier for kids to be more aware of their emotions.  Great resources are also available if your child is struggling with anger or anxiety.

Much of kids’ behavior is driven by emotions. Helping kids understand why certain situations trigger certain emotions makes it easier for them to deal with those situations. Even when kids are unwilling to talk about what triggers their emotions, encouraging them to talk about others’ emotions might help them open up.

For instance, when reading a book or looking at an image, you could say, “Why do you think she looks so sad?” Or you could ask how they think a friend would feel in a similar situation. Talking about triggers helps kids reflect on different emotions and makes it easier to identify the appropriate action to take.

3 | Identify how to deal with emotions

The third step involves helping your kid learn to deal with emotions. There are situations we can control. For instance, we can help a child whose constant anger is sparked by sibling rivalry. In other situations, it’s better to “walk away.” Giving kids appropriate tools, such as an anxiety kit, can help them learn to manage difficult emotions such as anger or anxiety by themselves.

The thing to remember about emotion regulation is that emotions are everywhere. You can use games to talk to kids about emotions or take advantage of outings to “analyze” the emotions of others.

The Emotions Game is a practical game to help kids learn about emotions in a simple and fun way. It couples images with simple questions that help kids talk about their emotions. Check it out here. 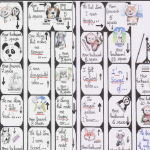 When it comes to talking to kids about emotions, the options are limitless. The key is to take it one day at a time.