You are here: Home / All posts / The only 10 things you need to know to reduce your child’s problem behavior

Olivia won’t do as she’s told. She will do anything to have her way – bite, hit, throw things, pull hair, kick, scratch, throw a mighty tantrum. She challenges every word and is generally defiant in her behavior.

Mia is rude, disrespectful and talks back all the time.

Noah’s teacher keeps asking to see you because his behavior in school is unacceptable. He is impulsive, aggressive, won’t listen to and follow instructions and is generally disruptive. Noah has trouble making and keeping friends.

Here are the 10 DO NOTs that will help eliminate or greatly reduce your child’s problem behavior.

1) DO NOT focus on negative behavior

One of the studies that best proves this phenomenon was undertaken by Rosenthal and Jacobson. The “Pygmalion or Rosenthal effect” suggests that the more positive expectations you have of your child, the more likely she is to act in line with those expectations. The opposite effect – the Golem effect – suggests that negative expectations lead to negative behavior. In other words, your child is likely to act in line with what she believes is expected of her.

Paying attention to your child’s positive behavior and voicing your appreciation of that behavior makes your child feel good about herself. Appreciation could be something as simple as a high-five or it could be a verbal expression. For example, you could say something like “I like the way you’ve put all your books back into the bookshelf.” Being specific makes your child know exactly what she did right and makes it more likely that she will repeat that specific behavior.

Ignore your child’s bad behavior. Children are terrible attention-seekers and much of their negative behavior is an attempt to get attention. The more you pay attention to that behavior, the more it is likely to continue. Remember to show appreciation for positive behavior as soon as your child stops his bad behavior and does something positive.
It goes without saying that you should never ignore behavior that may cause your child to harm herself or to harm others.

2) DO NOT overlook your child’s triggers

Children’s behavior is always a reaction to a stimulus in his environment. Science has shown that much of your child’s behavior may be explained by his emotions or by events in his environment. We now know that kids are likely to act out when they are tired, hungry, anxious, feeling frustrated, sleepy, scared, and so on. While hunger and fatigue might be easy to deal with, emotions are a whole different ball game.

A child who is scared of making a fool of himself in class might become disruptive, aggressive, or even turn into the class clown in an attempt to hide his fear and anxiety. In such cases, it can be quite difficult to link his behavior to his feelings of anxiety.

Holding conversations around emotions is important when dealing with problem behavior. Help your child learn about different emotions in himself and others, teach him to identify what triggers those emotions, and help him learn how to deal with difficult emotions by himself.

Observe your child to determine when the problem behavior often occurs. Understanding your child’s triggers provides you with a powerful tool that can help reduce this behavior.

No one likes to be interrupted when they are in the middle of an enjoyable activity and your child is no different. You are more likely to face resistance when you give instructions while he is in the middle of his videogame or while he is watching his favorite program. This is why it is important to navigate transitions with care. For instance, instead of saying “we’re leaving”, you could say “we’re leaving in exactly 10 minutes”. Preparing your child makes it easier to move on to the next activity or event.

3) DO NOT give multiple or vague instructions

Did you know that the majority of young kids cannot follow multiple instructions for the simple reason that they haven’t developed this capacity yet? This has something to do with what is referred to as executive function skills. Executive function skills influence things like your child’s problem-solving skills, her capacity for remembering things, and her capacity for paying attention. Multiple instructions are likely to get lost along the way, and vague instructions might be followed, but not necessarily according to your expectations.

Shouting instructions across the room is one of the surest ways to ensure that your instructions will be ignored. If you have something important to say to your child, move closer, get to her level, look her in the eye, and clearly say what you want her to do. 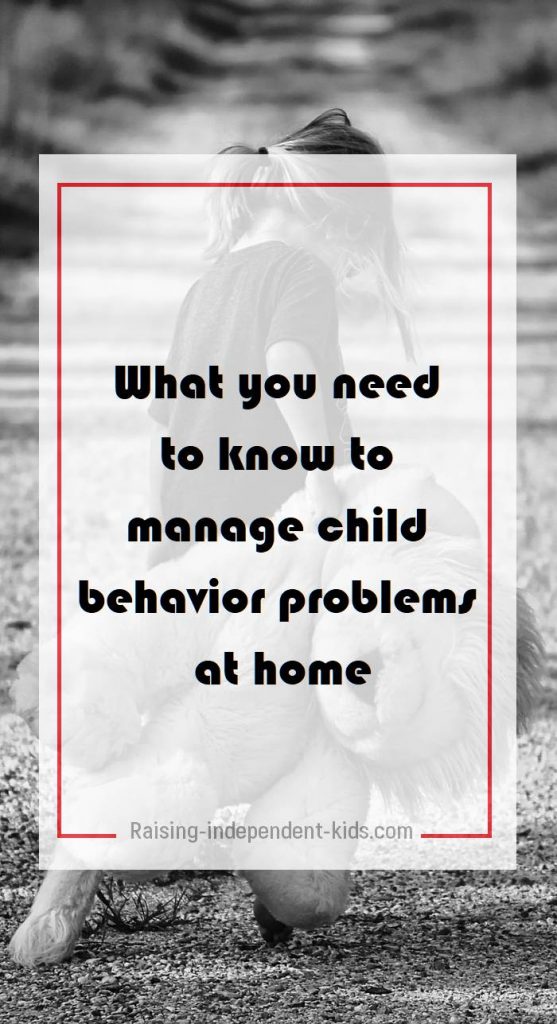 4) DO NOT overuse negative instructions

I once read an article that challenged readers to respond to their kids only with a “yes” for an entire week and see what impact that would have on their negative behavior. The objective was not to let kids get away with everything but rather, to transform negative instructions into positive instructions.

For instance, instead of saying “no, you need to do your homework first” when your child asked if he could play a videogame, you were instructed to say something like “yes, once your homework is finished”… same thing, different words.

It is also important to clearly identify the behavior for which there will be consequences. Both you and your child should be aware of unacceptable behavior and the associated consequences.

Consequences are most effective when are applied immediately after the bad behavior.

Choose consequences with love and empathy. Strict punishment might reduce behavior in the short term but they might lead to other social and psychological issues such as stress, anxiety and poor self-esteem. Remember that researchers have proof that punitive environments lead to negative social, educational and psychological outcomes.

Consequences that are directly in line with your child’s bad behavior are great, but it is not always easy to match unacceptable behavior with the “perfect consequence” – don’t lose sleep over it. Whenever possible, associate consequences with behavior – “poorly done homework, no videogame”, “riding bike without protection, no bike the next day”…

Being clear about the consequences also makes it easier to avoid getting drawn into an argument.

6) DO NOT overlook the power of positive reinforcement

The Positive Behavior Kit is an age-appropriate kit designed to foster your child’s positive behavior. It draws on the available research studies to propose practical tools and resources you can use to manage your child’s behavior. 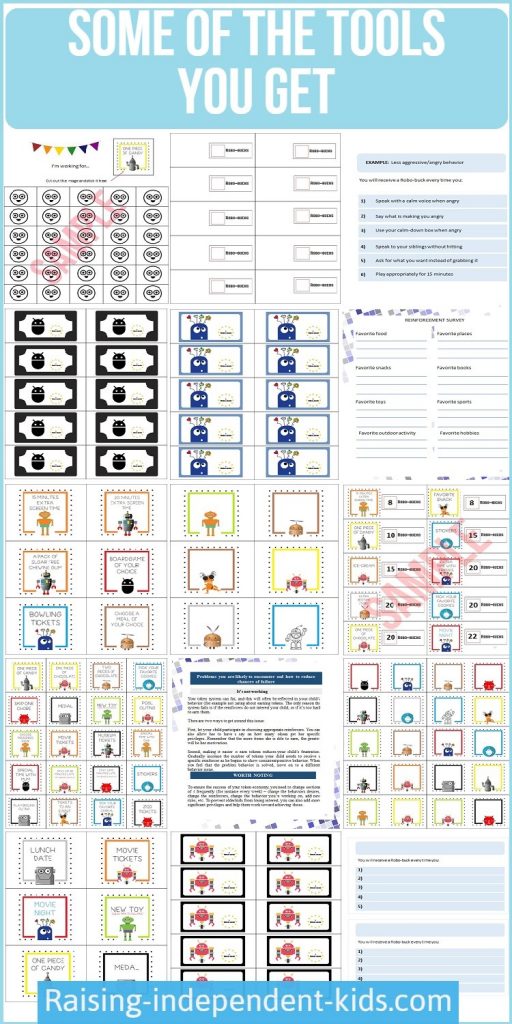 7) DO NOT  treat everything as a battle

Rarely is your child’s behavior about you. Children’s behavior is often a way of expressing what they are going through. Don’t forget that your child’s emotions drive her behavior. Pick your battles.

To keep your sanity, don’t turn everything into an issue. Be willing to let some things go.

8) DO NOT lose sight of your objective

Dealing with problem behavior means dealing with specific behavior. It means trying to eliminate or discourage specific negative traits. If you react to much of your child’s behavior in the same way, she will be unable to identify the behavior you have a problem with.

What you should do

9) DO NOT overlook the power of connecting with your child

In a recent study, a group of researchers examined approximately 150 studies to determine what works when dealing with bad behavior in kids. The study examined over 15 000 families across all backgrounds in 20 countries. The researchers found that relationship building was one of the most effective ways to reduce kids’ problem behavior.

Make time to share quality moments with your child. Remember quality trumps quantity every time.
Parents who use democratic parenting styles which view children as unique individuals with their rightful place in the family generally encounter less problem behavior.

Democratic parenting includes letting your child have a greater say about the things that involve him, but within a structure. For instance, if he can play videogames for an hour every day after his homework is done, you can let him decide when to do his homework.

Get informed about the different strategies you can use to reduce your child’s behavior to identify the options available to you.

Choose the strategy that works for you depending on your child’s personality and your own personality.
Do not hesitate to change your discipline strategy if you feel that it is ineffective in reducing your child’s bad behavior.

Problem behavior in kids is as old as mankind and it is often possible to transform your child’s behavior using the strategies proposed above. However, there is cause for concern if your child displays severely disruptive behavior and if his behavior does not seem to change despite all your attempts to eliminate bad behavior. Please seek professional help if you are feeling overwhelmed with his/her behavior. A professional will be able to identify an appropriate behavioral program and to identify whether or not your child is suffering from a behavioral disorder. 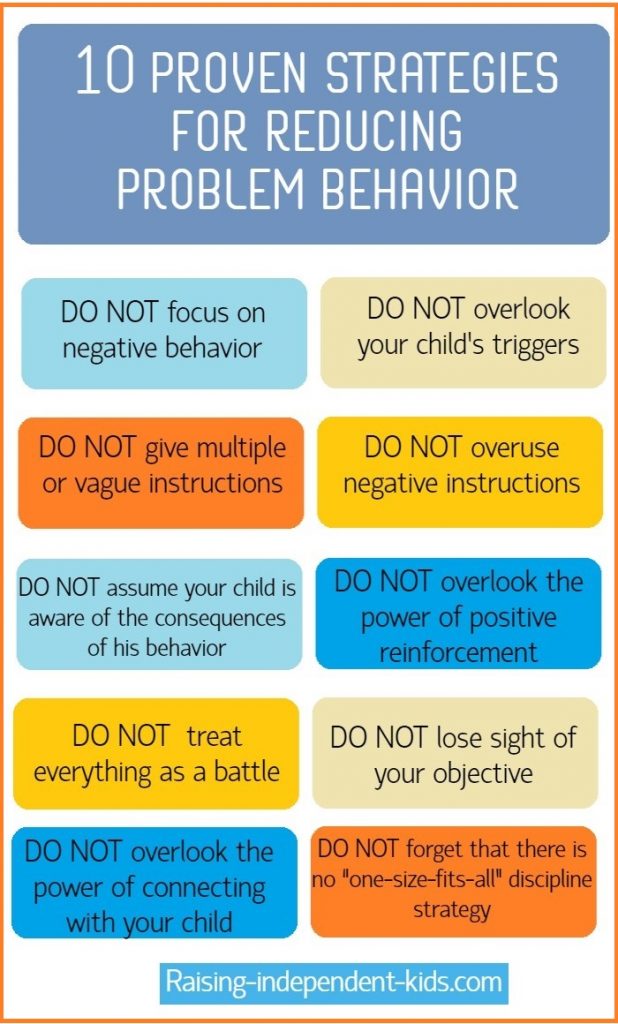 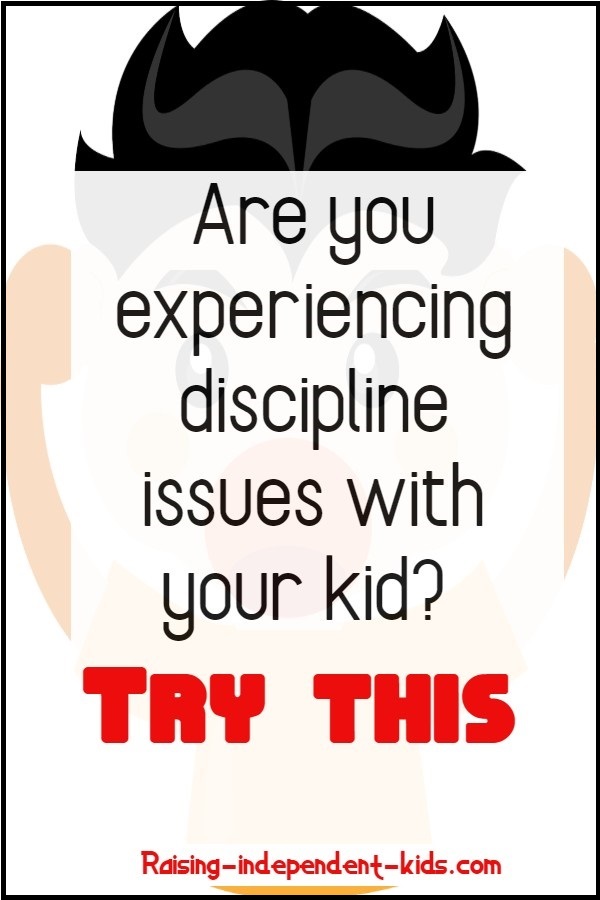