You are here: Home / All posts / This is Why Becoming a Non-Conformist Will Make You a Happier and More Fulfilled Parent 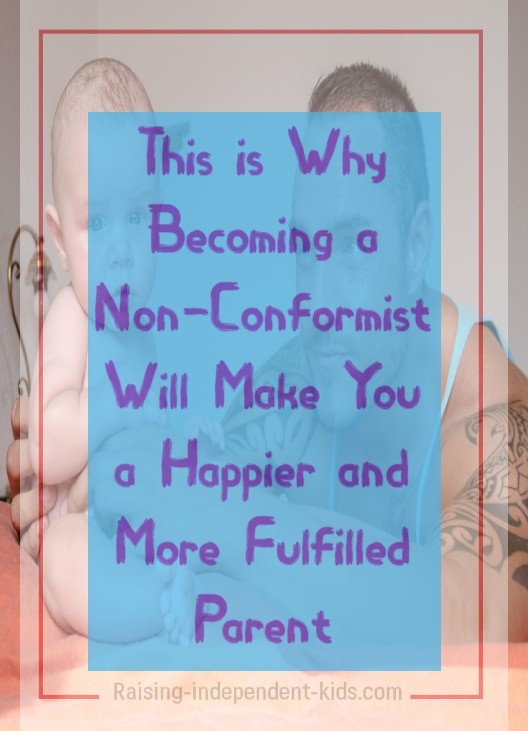 Raising kids has always been hard work, and it has become harder still over the past few years. What others think of us matters, and their perceptions influence how we think, dress, react, and parent.

Our social, cultural and historical contexts have a great impact on our behavior. When I was teaching third-year undergraduates, I’d always begin my group psychology lecture with Solomon Asch’s experiment. The Asch experiment is a classic experiment in social psychology which seeks to reveal the extent to which people conform to group pressure.

Asch’s experiment was an attempt to show that it is difficult to resist conformity. In other words, we tend to conform because of the social pressure from the majority. Using a lab experiment, he asked groups of approximately seven male students to participate in a so-called “vision test.”

The students were shown a board with a single vertical line on the left side and three vertical lines on the right side labelled 1, 2, and 3 or A, B, and C. One line was visibly shorter, one was visibly longer, and the third was exactly the same length as the line shown on the left. Asch then asked the participants to choose which of the three lines on the right was the same length as the one shown on the left. It seemed impossible to give the wrong response. 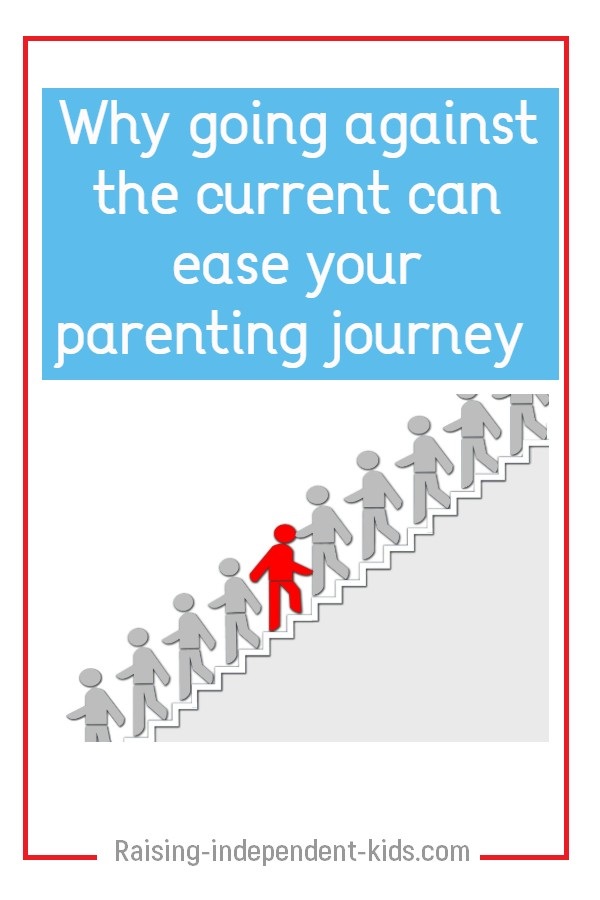 It must be said that Solomon Asch’s experiment was not a perfect experiment. The results cannot be generalized as only male university students participated in the study. That said, Asch successfully showed the extent to which social groups have an impact on behavior.

This experiment never failed to work with my undergraduate students. They were often surprised by how easily they seemed to conform, despite knowing that the responses they gave were wrong.

The funny thing is that parenting works in more or less the same way. We tend to consciously or subconsciously choose to conform to the “way of the masses”. This may look like

– enrolling our kids in all sorts of activities because all the other kids are doing them and we’re afraid they’ll get “left behind.”

– letting our kids play certain games or watch certain movies because their pals have watched them already (even when we have doubts about their appropriateness).

– Acting – and expecting our kids to act – in a certain way so as to fit in.

Truth is, it is difficult to do away with conformism. It’s always easier to do what everyone is doing and besides, not all conformity is bad. It teaches kids how to interact with others and prepares them for the future. Moreover, we live in a social and competitive world so it would be almost impossible to get away with being fully non-conformist without coming off as a recluse.

When it comes to parenting, however, breaking away from the mold from time to time can actually make you a happier and more fulfilled parent.

Here are tips on how to get non-conformist parenting right:

1 | Redefine your perception of what a successful parent looks like

Parents have never been under as much pressure to be perfect as today. Several researchers suggest that mothers are under more pressure than fathers, and that much of this pressure is associated with how they think others judge their parenting skills.

Important questions to explore include:

– What really matters to you?

– Are there things you do to avoid rocking the “social boat?”

When we put aside our own beliefs and let others define what we should be and how we should parent, we give them more power than they deserve.

When we clearly identify our values, it becomes easier to parent with those values in mind, rather than in response to what we believe others are doing.

2 | Redefine your perception of what a successful kid looks like

Several researchers argue that we do not sufficiently teach our kids to perceive themselves as competent and successful human beings. They suggest that:

• You must teach your kid what success really means

Being clear about what you want for your kids helps you set great expectations that help them thrive.

When you pay too much attention to what you believe others expect of you or your child, you cannot live your life to the fullest. It is terribly hard to live up to the expectations of others if those expectations are not perfectly aligned with our own beliefs.

4 | Dare to go against the current

After carrying out his experiment, Asch asked the participants why they had so readily conformed. Many said that they feared their real thoughts would lead to mockery. In other words, they were ready to give the wrong response in order to fit in.

The quest to “fit in” can also dictate your parental choices. Be ready to stand up for your beliefs, even when it means going against the current.

Being a non-conformist parent may not be easy, but at least it teaches your kid that it’s okay to be different.

This article was initially published on Parents.co