You are here: Home / All posts / How you’re using positive reinforcement wrong and what you can do to get it right 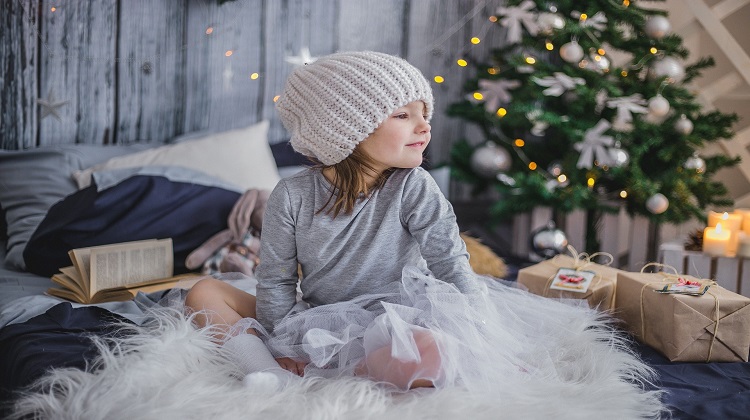 In a series of experiments conducted in the early 1900s, Ivan Pavlov showed that dogs could be conditioned to salivate every time they heard a bell.

His studies were a major discovery in behavioral psychology because they showed that specific stimuli could be used to anticipate behavior. This has since been referred to as classical conditioning.

The behaviorist movement that emerged in 1913 was largely informed by Pavlov’s studies.

One of the fundamental ideas of classical conditioning is the idea that you can make children do anything you want. In any event, this idea was strongly supported by John Watson, founder of the behaviorist movement:

“Give me a dozen healthy infants, well-formed, and my own specified world to bring them up in and I’ll guarantee to take anyone at random and train him to become any type of specialist I might select – doctor, lawyer, artist, merchant-chief and, yes, even beggar-man and thief, regardless of his talents, penchants, tendencies, abilities, vocations and the race of his ancestors”.

Pavlov’s studies were a huge contribution to the classical conditioning theory because they showed that it is possible to control behavior. 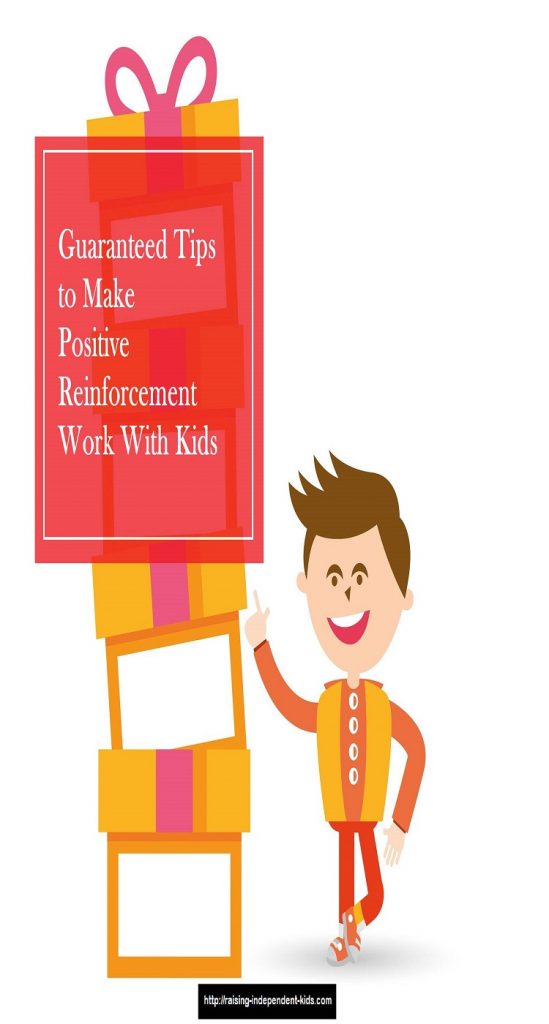 As is often the case, however, things are not always black and white.

A growing number of researchers now argue that negative reinforcement is much too often mistaken for punishment and that this can have negative consequences that far outweigh short-term gains.

Several studies have also found that positive reinforcement used negatively can do more harm than good.

But this strategy remains effective in shaping behavior in the childhood years and beyond, if done right. 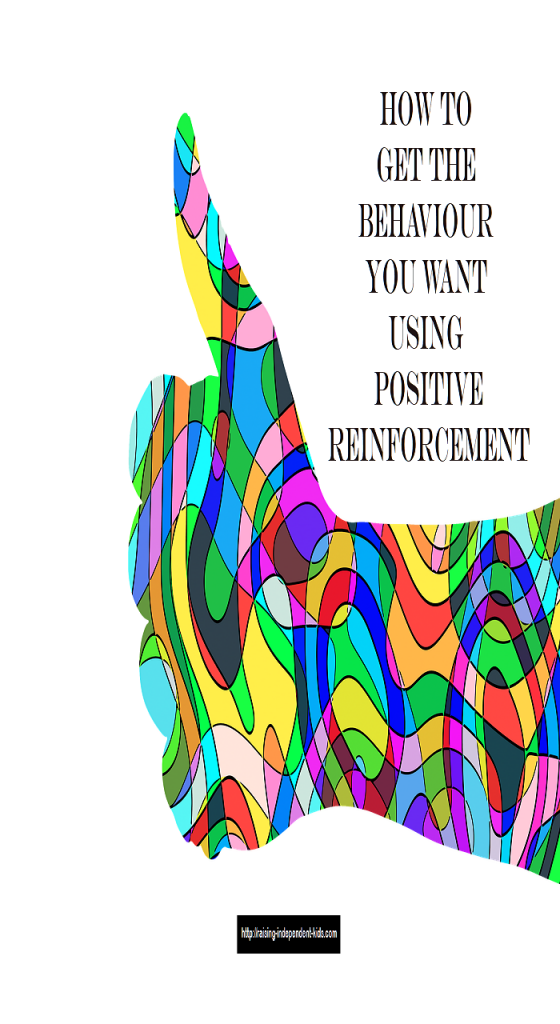 So how do you get positive reinforcement right?

The do’s and don’ts of positive reinforcement

The objective of positive reinforcement is to reinforce specific behavior.

This means that the first step is to clearly determine the behavior you would like to reinforce. “Tidy up” does not necessarily mean the same thing for you and your child. It might be clear for an adult but less so for a child.

Being specific helps you identify what (and when) you can use positive reinforcers. For example, knowing that you want your son to “put away his toys in his toy bin every day without being told” is specific, makes what is expected of him clear, and makes it easier for you to monitor his behavior.

You’ve probably heard this one over and over again. In the same way that’s important to be specific about the behavior you would like to change, the words you use to reinforce your child should be specific. Being specific lets them know exactly what they are receiving praise for.

The praise should be tied to the behavior you are trying to reinforce. For example, when your child tidies up their room by themselves, you could say “thanks for putting all your toys in your toy bin without me having to ask” instead of “great job!”.

3) Praise the effort, not the child.

According to the Stanford psychology professor Carol Dweck, it is important to praise children for processes (that was a clever strategy you chose) rather than link the praise to the personality (how clever you are!). She argues that children are more motivated and more likely to take on challenges when they are praised for processes (persistence, focus, strategies).

Dweck’s studies have also shown that children who are told they are “smart” when they do “something smart” start to believe they’re “dumb” when they do “something dumb”. This is also why it’s a good idea to focus on actions (what the child did) rather than on your emotions (how you feel): instead of “I like that you brushed your teeth”, you could try “you brushed your teeth without me having to remind you. Thank you.” Focus on the actions and the effort. 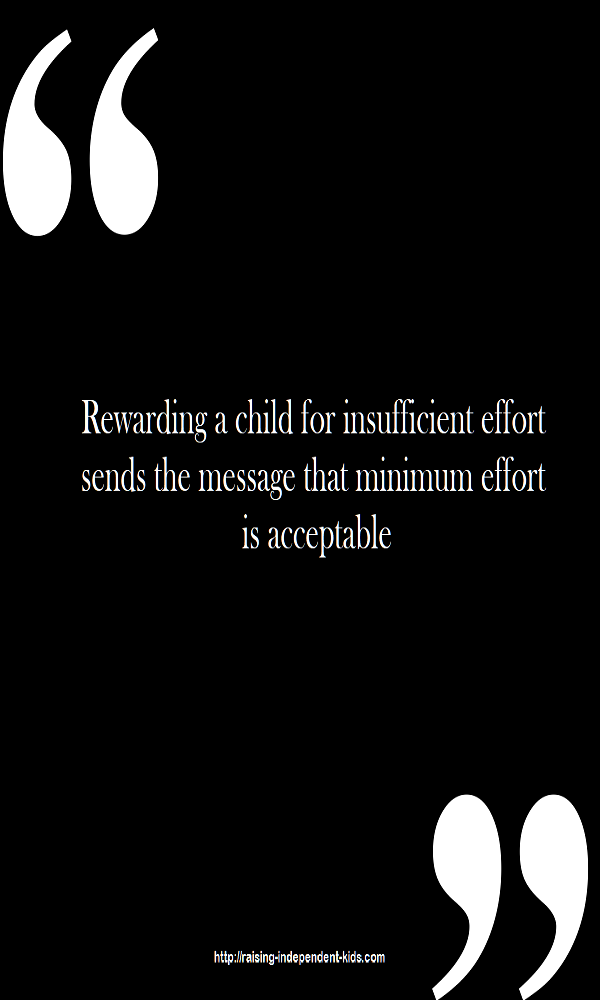 Your daughter offers you a drawing and you can’t figure out what she’s drawn, don’t say “nice!”

Some studies have found that praising children without thought can have adverse consequences: according to Mueller & Dweck, false praise can affect children’s mindset and reduce their interest to take on challenges. Meyer has also found that children who receive false praise learn to associate praise with failure. A third study by Grusec says that inappropriate praise can lead children to develop immunity to praise.

Reverting to your daughter’s incomprehensible drawing, you could comment on the drawing and ask questions instead of giving false praise: “you’ve sure used many colors”

5) Reinforce immediately after the behavior

There is much consensus that positive reinforcement is most effective when it occurs immediately after the behavior because there is a stronger connection between the behavior and the reinforcer.

When long periods elapse between the behavior and the reinforcer, there is also the risk that different behaviors will be accidentally reinforced.

Behavior is more likely to be reinforced when your child values the reward they receive. Children are not all similar and something that works for one child may have no impact on another.

Material reinforcement can also have a great impact but it’s important to choose rewards that are neither too expensive not too time-consuming. A reward chart can also help keep your child motivated.

7) Be attentive to frequency.

It is widely accepted that when working on a new behavior, praise should be frequent and enthusiastic. However, you need to introduce a delay between the behavior and the reinforcer when the behavior is established. According to the UTAH guidelines, using an intermittent schedule can help maintain a newly acquired behavior by keeping your child guessing when the next reinforcement will occur.

As can be expected, ignoring misbehavior is no easy feat. It is important to think of this approach as a long-term strategy, especially because bad behavior is likely to increase when you first ignore it.

Avoiding eye contact, keeping silent and moving away can help you ignore negative behavior when you attempt differential reinforcement.

Positive reinforcement often fails, and that is because it is often used inappropriately. That said, it is one of the most effective positive discipline strategies that works with even the most problematic behavior. The Positive Behavior Kit has all you need to ensure that you apply this strategy in a way that actually reduces your child’s negative behavior.

So where do you go from here?

If you are struggling with your child’s behavior, remember that there are many age-appropriate resources that can help you identify and appropriate discipline strategy in line with both your personalities. Here are a few additional resources for you to check out:

This website uses cookies to improve your experience while you navigate through the website. Out of these, the cookies that are categorized as necessary are stored on your browser as they are essential for the working of basic functionalities of the website. We also use third-party cookies that help us analyze and understand how you use this website. These cookies will be stored in your browser only with your consent. You also have the option to opt-out of these cookies. But opting out of some of these cookies may affect your browsing experience.
Necessary Always Enabled

Performance cookies are used to understand and analyze the key performance indexes of the website which helps in delivering a better user experience for the visitors.

Analytical cookies are used to understand how visitors interact with the website. These cookies help provide information on metrics the number of visitors, bounce rate, traffic source, etc.

Advertisement cookies are used to provide visitors with relevant ads and marketing campaigns. These cookies track visitors across websites and collect information to provide customized ads.

Other uncategorized cookies are those that are being analyzed and have not been classified into a category as yet.